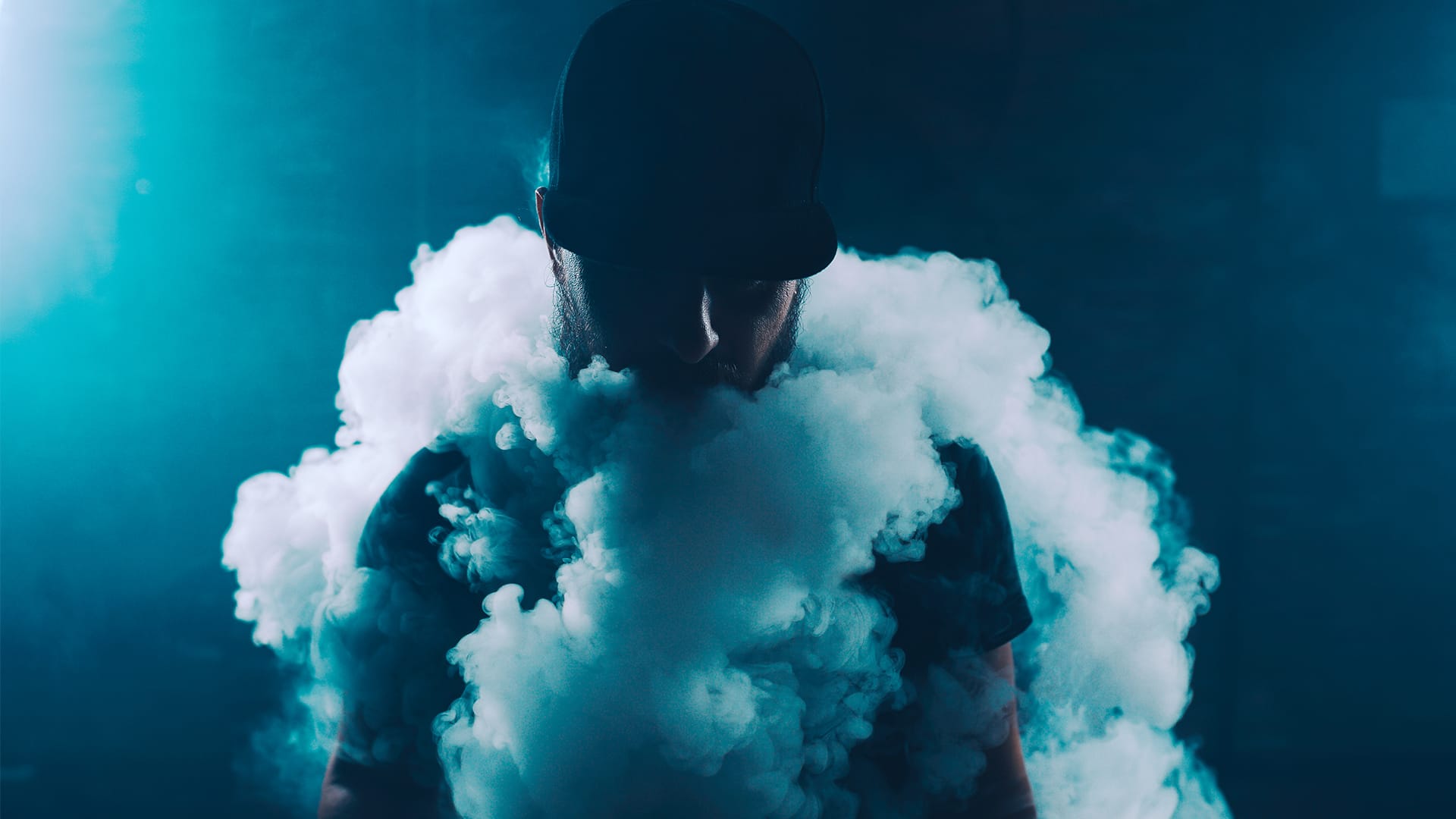 When it comes to vaping, there are two main groups of fans.  The first group focus solely on creating giant, billowing, impressive vape clouds, often called cloud chasers.  The other group prefer to enjoy finer, tastier, flavour-rich clouds, called flavour chasers.  But what makes the clouds billow, and what unlocks the flavour?

When it comes to creating lots of vape clouds, the solution is to follow in the footsteps of all the cloud chasers that have gone before you.  You’re going to need a large enough tank to hold the e-liquid, sufficient airflow, preferably a sub-ohm or low ohmage coil with a large surface area, and of course the right ratio of PG to VG in your e-liquid. But why those specific components?

Airflow is important for many reasons.  The first, and most important one, however, is the dispersion of heat.  When you heat up the coil to vaporise the e-liquid, you need airflow to carry the vapour from the coils to your mouth so that you can inhale it.  However, if you don’t get enough air over the coils, they could overheat and burn the wicks, which will ruin the taste of your vaping until you replace the coils/cotton.  Why is that?  Well, the faster the airflow, the cooler the coils become, which in turn means you can get even more clouds, and so the cycle repeats.  Choosing a tank with a large airflow is the first important step to becoming a cloud chaser.

The next step is the wattage of the coils themselves.  The higher the wattage, the faster the coils heat up, and potentially the more clouds you can create, so long as it doesn’t get too hot that is.  Naturally vaping at 30W will produce much less than vaping at 100W, but the heat can still be a problem for many aspiring vapers.

Some people prefer a hotter vape, whereas others prefer a “cool” vape.  The solution?  Use a mod with variable wattage, and start experimenting.  Start at it’s lowest wattage setting, and take a few puffs, then increase the wattage and try again.  Keep increasing until you find the perfect balance of heat vs clouds, and you’re sorted.  Just keep in mind that a higher wattage means more airflow is needed.

Generally, it’s a good idea to choose a low-resistance coil over a high one when wanting to create vape clouds, as lower resistance wires heat up faster than high resistance ones, this is basic science at work here. It is also good practice for cloud-chasing to use coils with a larger surface area, as opposed to more basic, round wire builds/sub-ohm coils. However, the higher resistance wires have less of a drain on the battery, so they’re sometimes favoured by vapers who want their batteries to last longer.  With new batteries being developed every day though, there isn’t really a lot of vapers using high-resistance coils these days. The aforementioned is the realm of MTL or Mouth to Lung vaping.

Although thinner coils heat up a lot faster than thicker ones, they might not necessarily be the best choice.  Some vapers prefer thicker coils, and the heat is more evenly distributed, and the heat stays in the coil longer, which saves energy.

A low resistance sub-ohm coils with lots of cores or complex Clapton coil is generally recommended by most skilled cloud chasers for creating billowing vape clouds. The resistance is low and so high amp batteries will be required for this. The results are quite breathtaking to behold.

You might be wondering why we didn’t mention the e-liquids in the last section, and there’s a good reason for that.  The composition of the e-liquid affects the flavour of the vape as much as the clouds, so we had to separate it to explain why that is.  However, the liquid composition isn’t the only thing that vapers can use to increase the flavour gained through their vape clouds.

As mentioned with cloud chasing, airflow plays a big part in unlocking the vape flavours, but in the completely opposite way.  More airflow = more clouds, however, more airflow can also = less flavour.  If you’re wanting to produce clouds that have a richer, stronger flavour, then it’s recommended that you get a tank or dripper with a variable airflow (not fully opened), as it will ensure a more concentrated flow of vapour is carried through to your lungs, which improves the flavour.

Wattage also influences the flavour of the vapes.  When the e-liquid designers come up with the flavours, they have to add each element to the liquid to create that chocolate milk taste, strawberry jam and toast, or vanilla tastes that everyone loves.  However, as each component is different, they all vaporise at different temperatures.  Try experimenting with different wattages to see which flavours come out.  It might be that you’ll get a hazelnut flavour at 35W, but the vanilla will come through at 45W instead.  Once you find the “sweet spot” where the flavour is to your liking, make a note of it for that flavour.

And now the important part, the liquid itself.  We all know that the main components of e-liquids (after the flavours) is PG and VG, and it’s the mixture of both that gives us the flavour as well as the clouds.  But which one influences which outcome?

When it comes to flavour, PG stores it a lot better than VG.  It’s thicker, and so holds more flavour when it evaporates.  However, VG is a lot better at generating billowing vape clouds.  Usually, the most common ratio of VG to PG is 70/30, but some more experienced vapers like to mix their own liquids, creating their own ratios instead.  The more PG in the mix, the more it will hit you at the back of your throat, but the stronger the flavour will be.  If you have a higher level of VG in the mix, the flavour will be weaker, but the clouds will be oh so beautiful to behold.

In short, there is no “right” or “wrong” way to vape.  Some vapers prefer clouds, some prefer flavours.  It’s up to you to discover which one you want, and then the experimentation process can begin so that you can create your own perfect vape clouds.